What do you think of when I say “Spain” or, even better, “España”? Do bulls, flamenco dancers, and jarras of sangría spring to mind? Do you imagine yourself in a sunny land of jolly ladies wearing typical dancing outfits singing all the while? Well, I got news for ya, kid. That just ain’t true.

I’ve had ample time and opportunity to get to know Spain on a deeper level. Spain has, like any country, several stereotypes and myths that are perpetuated by the media and/or Big Brother, depending on how you see it. I’d like to address some of these myths and stereotypes.

1. The relaxed attitude is refreshing

Not true. It might be nice when you’re on vacation, but when you live here, it’s sometimes frustrating. See my post on the siesta for an example. 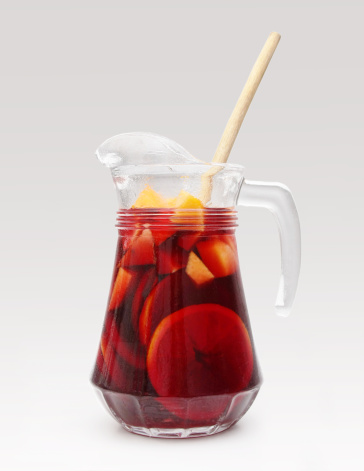 Uhh not really. If anything is Spain’s national drink, it’s red wine. Perhaps cañas (beer) in the summertime. But sangría is mainly for tourists.

I’ve never seen anyone dance flamenco. That’s partly to my location (northwest Spain), but also partly because, well, flamenco is a very particular type of music and it’s not an everyday thing.

4. Spanish food/culture is similar to Mexican

This one really grinds my gears because Spain, um, Spain is in Europe. They are much more similar to the Portuguese or the French (sorry, Mario) or Italians than they are to Mexicans. Their food is not spicy, not by a long shot. Any amount of chili peppers in their food would probably upset most Spaniards’ stomachs. So, not everyone who speaks Spanish in the U.S. is Mexcian/South American (hello, my boyfriend).

Nope. It used to be a lot more popular, but nowadays many Spaniards have never even been to one. It’s expensive and can be rather hot in the middle of the summer, especially if you choose the cheaper seats (the ones not in the shade). Actually, Catalonia has banned bullfighting, although this doesn’t stop them from participating in other forms of mild bull torture.

6. Everyone in Spain speaks Spanish

While yes, most people do speak Castilian, there are four official languages of Spain: Castellano (what we know as Spanish), Basque, Catalán, and Galician. In specific regions of Spain, the children must speak either Basque, Catalán or Galician in their schools, even though those languages’ scope is quite limited. Basque itself is somewhat of an anomaly, its origin being unknown.

7. Tapas are a type of food

Tapas can be anything: ham, olives, omelette, fried squid … anything! It’s a way of eating. Often, groups of friends will pool their money, buy everyone a round of a drink + small bite of food, and then head to the next bar until everyone has paid for a round. It’s quite fun and a cheap way to eat lots of different kinds of typical Spanish foods.

8. Spain is a very Catholic country

Spain has a long, storied history and much of it involves the Catholic church. This is true. You cannot go more than half a mile in most Spanish cities without seeing at least two churches. The great sites often involves churches and/or cathedrals. (See: La Sagrada Familia in Barcelona.) However, although 73% of Spaniards self-identify as Catholic, most do not participate in regular worship, according to the Spanish Center for Sociological Investigation. You can expect there to be a lot of religious symbolism and a lot of holidays based on Catholic traditions, though.

9. Spaniards are very healthy eaters and are typical of the Mediterranean diet 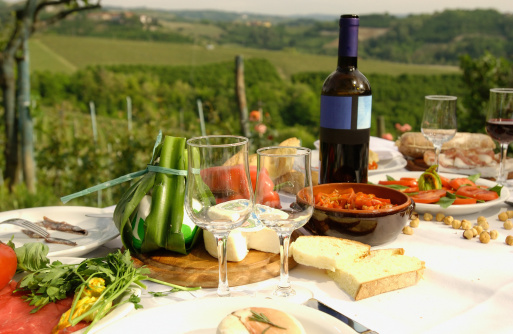 It’s true that Spaniards tend to eat more healthily than Americans. But things are changing in Spain, too. My students, when asked what their favorite Spanish food is, came up with “Pizza!” “Spaghetti!” “Hamburgers!”, not exactly what I’d call health food. Mario’s mother is a very traditional Spanish cook and makes healthy meals, based on fresh produce and meat, but nowadays it is easy to find frozen pizzas, Doritos, and large amounts of ready-made meals in Spain’s grocery stores, too.

I think this is another Andalusian thing, much like flamenco. The people in the South of Spain do tend to fulfill this stereotype better, but even then, let’s not go too far. Just because they greet you with dos besos (two kisses) does not mean they like you or would even hug you. The kisses are just like the handshake and, besides, you don’t even really kiss, you just touch cheeks and make kissy noises. (Weird? Perhaps.) The Castilian people tend to be a bit colder, not necessarily rude, but just not outright happy to see you all the time. They’ll take their time getting to know you but once they do, you probably are a friend for life. Mario’s parents have taken me in as their honorary daughter and worry way too much about me. They probably wouldn’t walk up to a stranger on the street to ask him how he was doin’, but they certainly make sure I’m well-fed and happy. (I don’t think there’s been one dish at one meal that Pepita hasn’t asked, “¿Te gusta, Kaley?” (“Do you like it?”)

After this post, I hope you’ve come to understand Spain’s nuances a bit better. It may be small in size (about the size of Texas), but it makes up for it with a wealth of culture (and some great food)!

What are some other myths about Spain?