So remember when I promised to tell you about your trip to Bruges? Yeah, sorry about that. I got distracted. (By what? By, um, eating all my chocolate, of course.)

Bruges is the capital of West Flanders and its largest city. They mainly speak Flemish, otherwise known as Belgian Dutch. Basically, it’s a political thing, but Dutch and Flemish are incredibly similar and Flemish is not a language in and of itself. Actually, Flemish/Dutch is the main language in Belgium, spoken by 60% of the population (source). However, just like any major European city, with English it’s more than easy to get by. In fact, in Bruges at least, it’s preferred over French, due to linguistic conflicts over the centuries.

Bruges is the very definition of picturesque. Its beautiful medieval architecture, canals, churches, and belfries all contribute to a distinct feeling that you’ve left the 21st century behind and are now firmly planted somewhere in the Middle Ages. Or at least I like to pretend that’s so. Bruges has been a UNESCO World Heritage site since 2000 and it definitely deserves this title. In the summer, you can even take boat rides on its canals, although this is not possible in winter due to ice.

Although the city has not been able to escape some signs of commercialization, the buildings really are centuries old and often quite beautiful as they contrast with 21st century signs and people.

Within the city, even in the dead of winter, bike riding is still the preferred mode of transportation.

Swans populate the canals, even if they have to resort to walking on the water and not swimming in it.

Perhaps one of the most interesting sites we visited is known as the Begijnhof, a.k.a. the convent, located on the outskirts of town near the train station. A peaceful and quiet place, even in a very touristy city, it’s definitely worth the visit. This convent was founded in 1245 by the Countess of Flanders, Margaretha of Constantinopel. Although it is called a convent, it was not strictly for nuns. Unmarried women lived her, separate from the men.They were like nuns, then, but did not make the same vows as regular nuns did. At any time, they could leave the “convent” to return to outside life. The quiet austerity of this religious movement still permeates the atmosphere to this day. It is, quite literally, the type of place that wills your soul, silently, to be still. 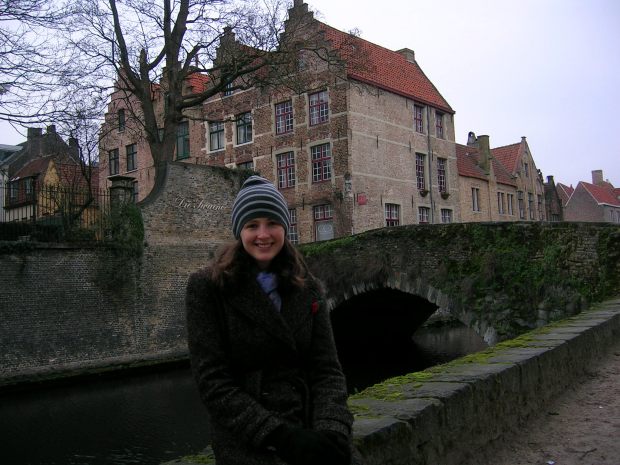 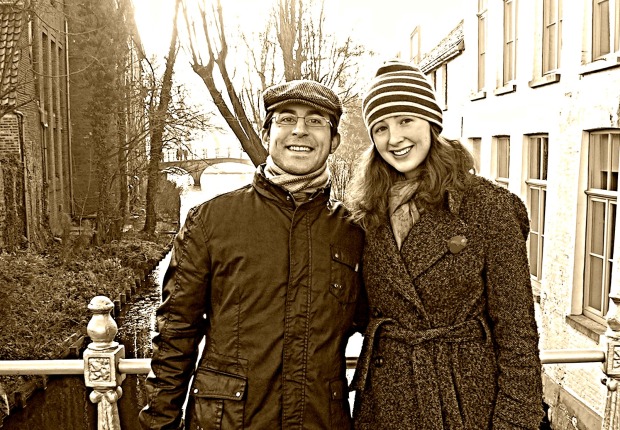 I recommend you visit Bruges if you are ever in Belgium. If you go in winter, don’t forget gloves and a thick pair of woolly socks, though. I also recommend drinking as well as eating lots of chocolate. A Belgian beer wouldn’t hurt either.