I don’t know if you know this, but my boyfriend of 1.5 years is Spanish. People generally tend to think that fact in itself is just swell. (Forgive me for sounding like a 10 year-old from the 1950s.) Mario is from Europe. What’s that like? He speaks Spanish. Wow! What a great way to learn a language! 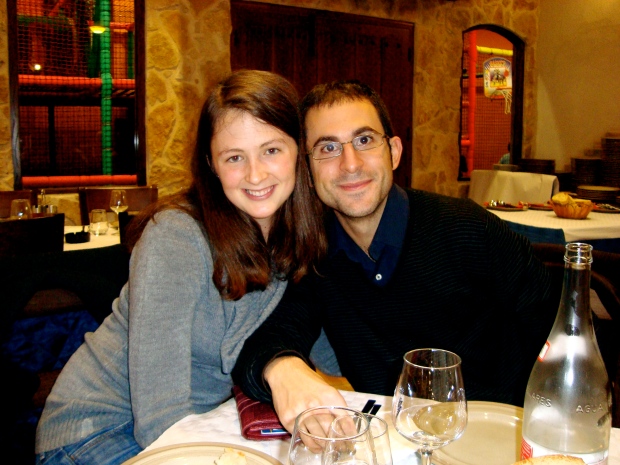 Yeah, yeah, I know. My boyfriend is exotic. He has a European man purse. And I’m fine with that. In Europe, that is. I’ve warned him not to wear it in the U.S., lest things get taken the wrong way. It’s not that I’m overly concerned about that, but yeah…I’m avoiding it.

I’d like to take about the whole language barrier thing. Most of the time, it ain’t no thang. Mario’s English is practically impeccable and he surprises me daily with the vocabulary he possesses. We’ll be watching a television show, a random Spanish word will come up—say, mole—and I’ll have no idea what that is in English. He will. He almost always does. I sometimes get frustrated, like “Why does he always, always know?” If I am trying to come up with a word in Spanish, he can almost always assist me, though, so I shouldn’t complain.

Where he lacks—ahem, where we both lack—is slang. I love teaching him slang. We often head over to Urban Dictionary to read the definitions of slang things I spout off. I admit to say “totes” and “natch” to him, realizing he has no idea what white girl nonsense I’ve said, and directing him to the website. Could it be that I’m too lazy to explain myself? Yes, yes it could.

I’ve taken to reading some Internet websites similar to F My Life, only in Spanish, not only for their sometimes hilarious content but also for their insight into how normal people talk. (Hint: it’s a lot of ¡TOMA!, meaning TAKE THAT!) Mario often wrinkles his nose in disgust at the vulgarity on the site, but he has class, and I don’t, so I take it all in stride. This leads to lots of discussions and him sighing indignantly when I spout off phrases that he considers to be below me. He has this high view of me, you see. (By the way, he’s adorable.)

Learning Spanish in a classroom is all well and good, but my biggest hint is for you to get yourself a Spanish boy or girlfriend. First of all, they’re easy access—no need to switch on a computer or crack open a book. Secondly, you can imitate their accents and adopt their mannerisms. I for one have chosen to adapt Mario’s habit of saying, “Efectivamente” and “Quiero decir” when making a point. Thirdly, they’re cute. Well, mine is, anyway. 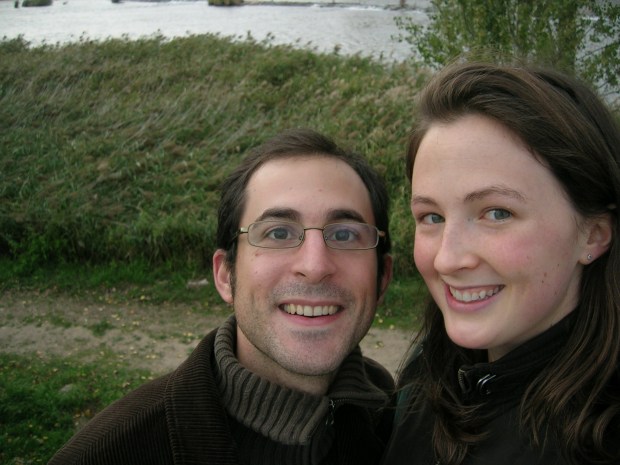 It’s more fun to learn a language when you can kiss the teacher.

24 thoughts on “Spanish, Outside the Classroom”