What does being patriotic mean to you? Assuming you’re American (what a loaded term!), does it mean the Fourth of July, fireworks, hot dogs, the flag, loyalty, and websites like this? (I am speaking only of the graphics and not the content.) Or does it mean, as “Thomas Jefferson” was known to say (not really), “Dissent is the highest form of patriotism?” Do you take your God Bless Americas with a healthy grain (or bucket) of salt?

I read an article recently about a returning veteran discussing how being in Iraq affected how he saw everything and most of all his own country. Thus, his patriotism was bound to change, to reform to fit his new shifted paradigm. While I cannot claim to have undergone such a harrowing experience, I nonetheless have had my own perspective changed by being somewhere else. 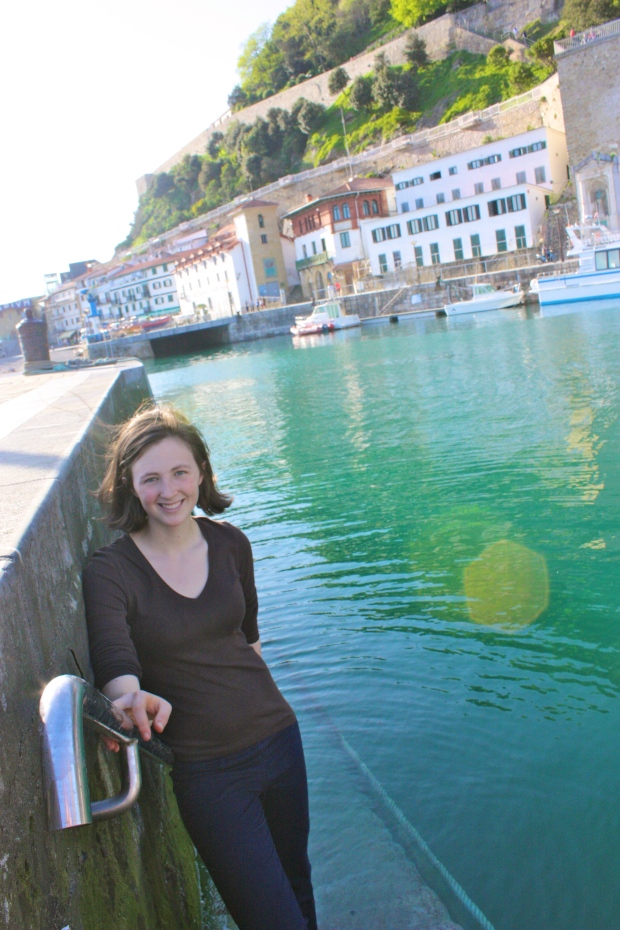 I like to say that everyone should travel outside the country. We travelers, expats, and former expats tout the experience as something everyone “must” or “should” experience. But I don’t think that’s plausible for everyone. The mothers I see at my new school work 40+ hours a week and can’t even afford to feed their children adequately. These mothers, who had their first children at 19 or 20 or 21, have never even thought about traveling outside the U.S. to “broaden their mind.” For them, that sort of luxury is just a pipe dream. I don’t want to snobbishly assume travel is an option for everyone. But all this to reiterate that travel does indeed change you, widen your perspective, cause you to think and rethink everything you thought you knew to be true. Including what you think of home. If you always stay home, you will never see it with new eyes.

In 2008, bright-eyed and naive, I set out on an eight hour Iberia flight to Madrid Barajas. I did not know, could not have known, where this would eventually lead me. I thought I knew me, who I was, what I believed, what I would be when I grew up.

I was 21 years old and how could I? I don’t blame that girl.

I rethought my America-bashing when I cried alone at night, wishing more than anything that my mother would reappear suddenly by my side. I pondered how Americans were seen by the world and whether I was like that. (I didn’t want to be. Desperately.) I realized my Spanish had a long way to go. I stopped wearing my hooded sweatshirt and tennis shoes on the streets. I ate more olive oil than I had in my life to that day. I drank coffee in the morning and tried to avoid the ubiquitous pastries whose scents wafted out at me as I walked the streets. I walked up and down Toledo’s hills, again and again and again. Unavoidable. I spoke Spanish in bars, in coffee shops, in restaurants, in shoe stores, to my intercambios. I learned what quedar meant. I learned that construction workers in blue jumpsuits were to be avoided in the morning, that old ladies in the grocery store would call me tall and smile at me, that restaurants upped their prices on the weekends for the tourists. In May, when I got back on the plane, I swore to myself I’d never go back.

I came back a year and a half later, once again thinking I knew who I was, what the world had to offer me. I was 22, fresh out of college, a degree in my hand. The world seemed wide open, big and small all at the same time. I was less fervently anti-American, but still wary of being seen as the American, the obese foreigner who liked guns, cheeseburgers, and wore socks with sandals and/or fanny packs. (Please God, no fanny packs.) My Spanish still frustrated me. I struggled for words, to be fluent, to converse naturally and openly and with wit, a treasured skill I seemed to have lost somewhere in the mix. I thought about patriotism, about being proud of where I was from and how Spaniards seemed to be more proud of their town, their village, than their country. Orgullosos de ser zamoranos, stated an ad on a phone booth. I thought about being proud to be an American. Was I? I couldn’t say. Happy? Yes. But proud? I didn’t know.

I didn’t swear I wouldn’t come back this time. There was this boy.

I came back and this time I felt trapped in the middle – half-proud of my country (for its ethnic diversity, for its efficiency), half ashamed (for its egocentric nature, for its worldly ignorance). I told my students I didn’t know any celebrities and I didn’t eat French fries and pizza. (Although, admittedly, they seemed to eat a lot of those things.) I became a part of another family, a second one, one that spoke castellano and ate lunch at 3, not 12. I was proud of them, too, boasting of Pepita’s cooking to my mother on Skype, lauding Jesús’ teaching when I wrote home. I was proud to be one of them, but also one of my own people, Americans.

Coming back home is strange and good. I feel proud to be American, but that part doesn’t come out often when I’m surrounded by it. What comes out is the part of me that can’t shut up about Spanish wine or architecture or walkability. I’m patriotic about Spain now too, I guess. I’ll talk to anyone who will really listen (there’s not many).

(So don’t ask me if Spaniards like burritos. Just don’t.)

It’s hard to be blindly patriotic or anti-American when part of you (Mario) is from another place and can cause you to realize just how ingrained your culture is in you. I forget sometimes that we do, indeed, come from different places, from different families and cultures and languages. I don’t know for sure what the conclusion to all this is, except to say traveling will mix up everything you thought you knew and throw it back at you, and you’re left to figure it out on your own. I’m still in the process.

(And my Spanish still frustrates me. It’s getting better, though. The frustration part and the Spanish part. Swear.)