My dog speaks Spanish better than you do.

Okay, that’s probably a lie…the majority of the readers of this blog know/speak Spanish, at least somewhat. However, in my life, the majority of people speak very little Spanish. My dog, however, responds quite well to Spanish commands. 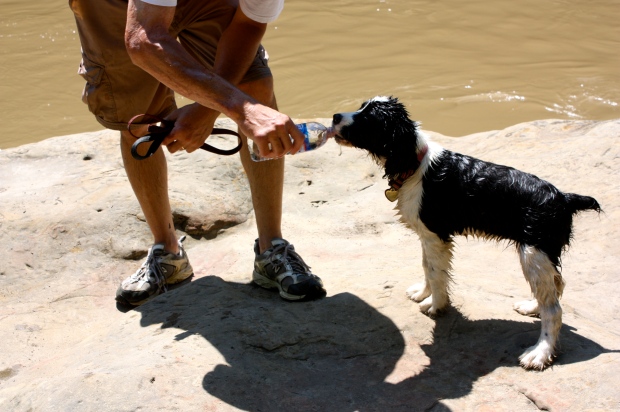 She also drinks water from bottles. What, you don’t?

I sometimes fear that I am losing “it” – the ability to speak Spanish well. I know the key to speaking well is to just speak – make mistakes, the whole deal. My dog is the perfect object of this endeavor. She is nonjudgmental and she is cute. 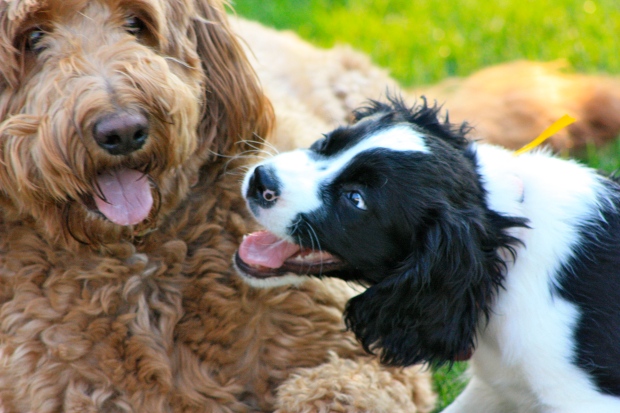 And maybe a bit crazy.

“Siéntate!” I demand of her, signaling viciously. She sits. I smile and pet her while she wiggles around me, shaking her butt because her tail is lacking.

I admit, such short commands are ultimately unsatisfying. I began to relate whole stories to her in castellano. She listened, head cocked to the side, while I blabbered on and on, perhaps for five minutes or more. It’s a length of time that exhausts most human listeners. “Molly, es que me siento muy estresada por…” You get the drift. Molly gets it. She doesn’t judge. She prefers to listen, to snuggle up close to me, to yawn with her mouth wide open. I totally understand. 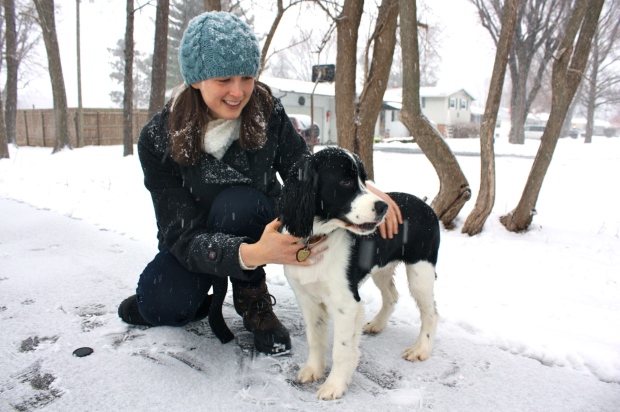 5 thoughts on “My Dog Speaks Spanish”