Florence, once considered the most important city in Europe, had its fling with fame—from 1865 to 1870, for one brief (shining) moment, it replaced Turin as the capital of the newly formed Kingdom of Italy. Alas, it was replaced six years later by Rome, even though the Florentines had taken pains to modernize the city by tearing down medieval houses and replacing old markets.

Don’t worry Florence, Mario still thinks you’re the prettiest. Of the three cities we visited on our honeymoon, the one that most impressed Mario was Florence, with il Duomo, broad avenues that encircle the old city, and plethora of Renaissance art. (It’s known as la culla del Rinascimento, or the “cradle of the Renaissance,” after all.) This explains why we have a separate folder for all the pictures of il Duomo, too. 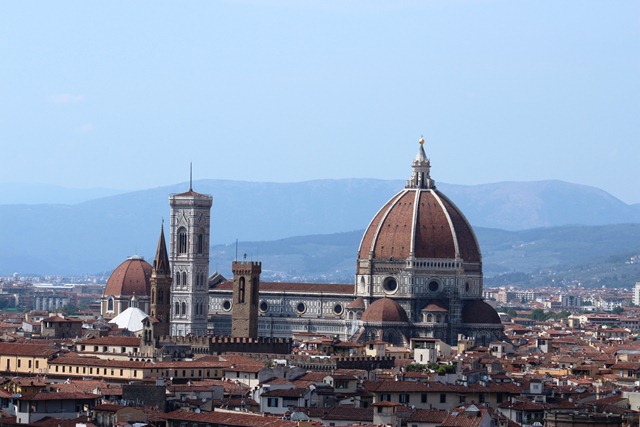 We took full advantage, of course.

Il Duomo, or the Basilica di Santa Maria del Fiore, is Florence’s main church. Its exterior is marble—shades of pink, green, and white, to be precise. During a certain part of Italy’s history, the churches were made up of three separate buildings: the baptistery, the belfry, and the church itself. We climbed up to the top of the cathedral’s dome.

Don’t you wish this were you? 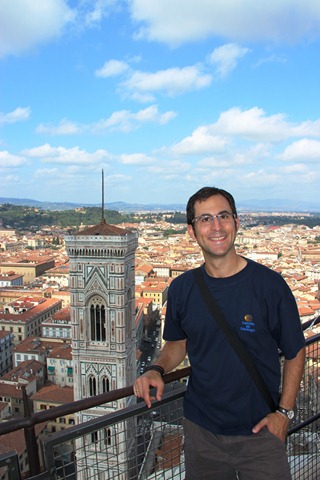 We also visited theBasilica di Santa Croce (Basilica of the Holy Cross), where some of Florence’s most famous citizens are buried, people like Machiavelli, Michelangelo, and Galileo.

Unfortunately, it was under construction, as happens a lot in Europe 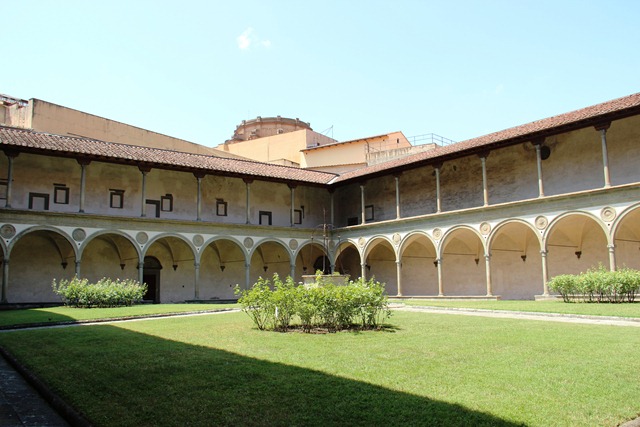 We enjoyed the courtyard

Inspiration for the Statue of Liberty 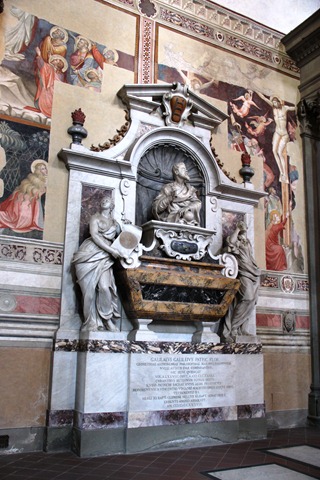 The Ponte Vecchio, or “Old Bridge,” was and is a site of commerce, of jewelers. In the 16th century, Ferdinando I de’ Medici ordered that the jewelry shops replace the butchers, whose shops didn’t exactly smell like roses and who sometimes tossed their unsold goods into the Arno River below. It is also the only surviving bridge from the German retreat in 1944. 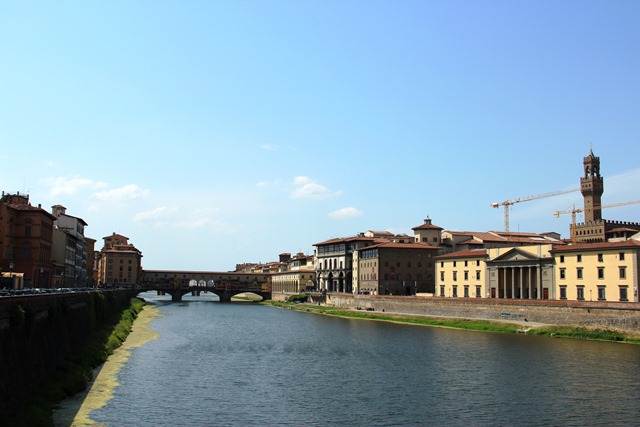 Another beautiful site, that perhaps many do not know about, is San Miniato al Monte (St. Minias on the Mountain), a church located at one of Florence’s highest points. It has great views as well. 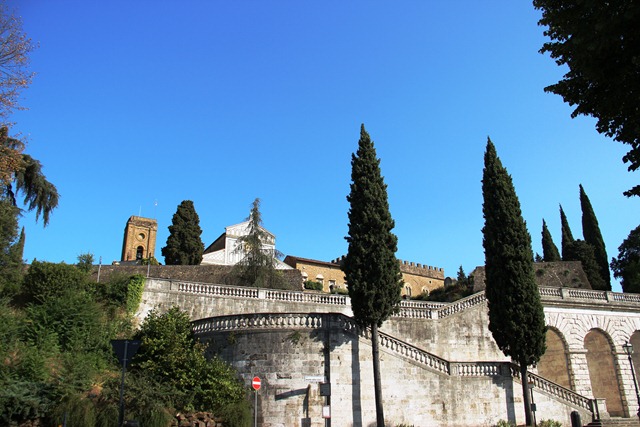 You can see the church just barely; it’s the white building blocked by the rather wispy tree

We stayed a while and watched the sun set.

It was a perfect ending to our stint in Florence. The next day we began our journeys around Tuscany and Liguria!