A lot of people, mainly foreigners, try to make lists of Spain’s “best” foods. These lists are inevitably commented on by Spaniards who just have to tell them how wrong they are. I’m not into that. Why? I don’t think there’s any way to say certain foods are better than others, unless we’re comparing jamón serrano and jamón ibérico. Then’s there’s no contest.

Over my years in Spain, I’ve tried a lot of Spanish dishes, typical and atypical, homemade and in restaurants, in four different weddings … and I’ve come to realize that I’m very loyal to my favorites. Given the choice, there are certain foods I would eat day in and day out, every day for the rest of my life. If I could, you know, and money weren’t an option. What are these foods, you ask? Of course you want to know, because my favorite foods should be everyone’s! (Just kidding. The less people like them, the more for me!)

In no particular order, they are:

1. Lentejas. You could translate this as lentil stew, but lentejas literally means “lentils.” It’s a stew of sorts, made with lentils, but not just any lentils—Spanish pardina lentils. My mother-in-law makes lentejas. Her recipe includes chorizo, leeks, carrot, bay leaf, and garlic. 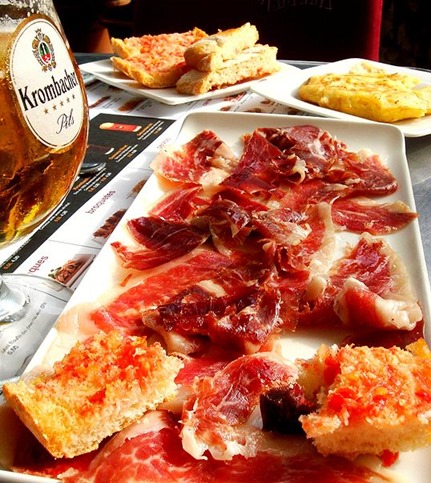 2. Jamón. Oh of course, another guiri likes ham, how original. But guys, it’s just that good, especially if we’re talking jamón ibérico de bellota, Iberian ham, here. Which of course we are. What is Iberlian ham? Also called pata negra (black hoof), this ham is cured, and not what you think of when you think about a traditional Christmas ham. No, this ham is beyond. It is made only from black Iberian pigs, which mainly live in the south and southwest parts of Spain. The pigs are free range, and they roam around eating mainly acorns during a certain period of their lives. This results in one of the tastiest things I’ve ever eaten. 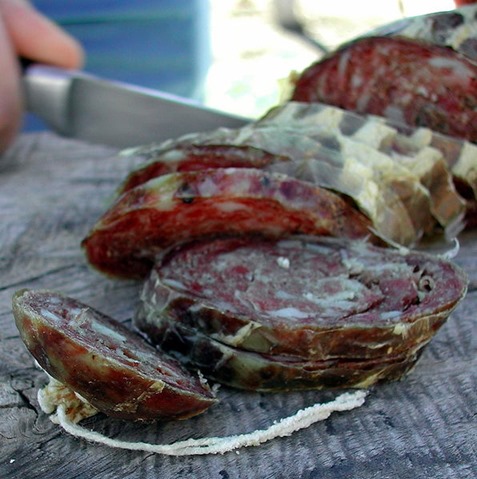 3. Salchichón. Salchichón is a thick, dry cured sausage made of pork. I’ve gotta admit something. I’m a salchichón snob. My in-laws make homemade salchichón and chorizo, and once you’ve eaten theirs, there’s no going back to the storebought stuff. It’s that good. I’ve been converted to the religion of salchichón casero, and I’m nothing if not devout.

Salchichón, similarly to other cured meats (jamón, chorizo, etc.) was a way to preserve meat after slaughter, la matanza, before refrigerators. It was a handy (and tasty!) way to eat pork.

4. Tortilla de patata. This tortilla has nothing to do with the Mexican one. This is a potato and egg omelette. Oh yeah, and onion. Some people make tortilla without onion, but for me it isn’t the same! Most of the time, you can just refer to it as a tortilla, but if you want to clarify, it’s tortilla de patata, to distinguish it from a typical omelette, called a tortilla francesa, or French omelette. It’s a dish that you can find in most any bar, anywhere you go in Spain.

The great thing about this dish is that it’s easy and you likely already have all the ingredients: potatoes, eggs, onions, salt, and olive oil. It’s also cheap, but satisfying. 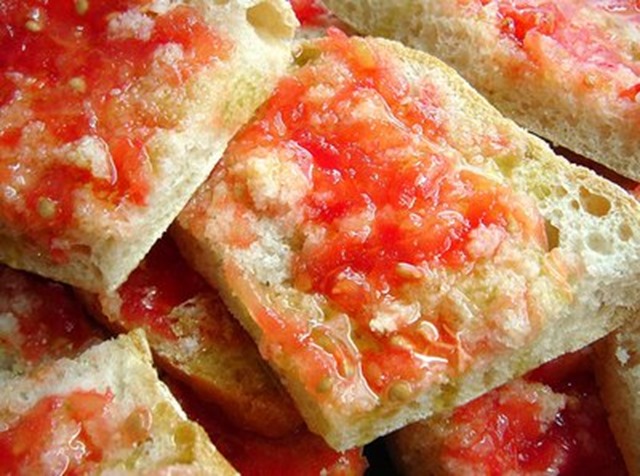 5. Pa amb tomàquet. Meaning “bread with tomato,” this dish is a breakfast staple in much of Spain, but especially in Cataluña and Andalucía. In my mind, there’s no better breakfast. Some like to add a bit of jamón, but I’m a purist.

This dish isn’t one you prepare, exactly, but here’s how you make it: rub a clove of garlic on toasted (or untoasted, but toasted is easier) bread, followed by a ripe, raw tomato. Season to taste with salt and good olive oil. In some places, the tomato and garlic mixture is premade, and you just have to spoon it on. 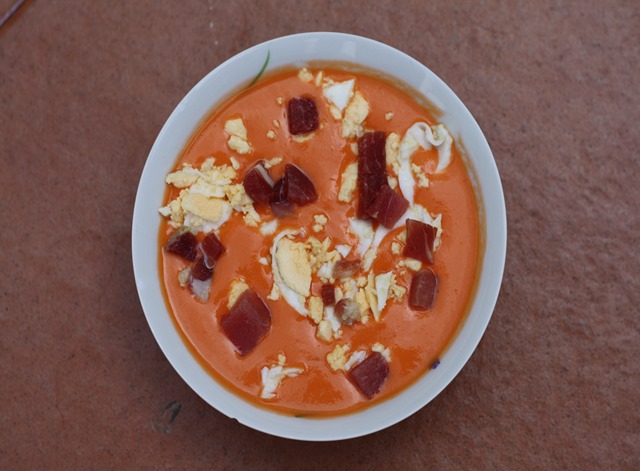 6. Salmorejo. I do love tomatoes, why do you ask? Salmorejo is another dish typical of Andalucía, originating from Córdoba. Its ingredients include tomatoes, bread, garlic, oil, and vinegar, with eggs and ham for garnish (and for taste, of course). Lauren from Spanish Sabores also loves salmorejo, and you can read her mother-in-law’s recipe here. 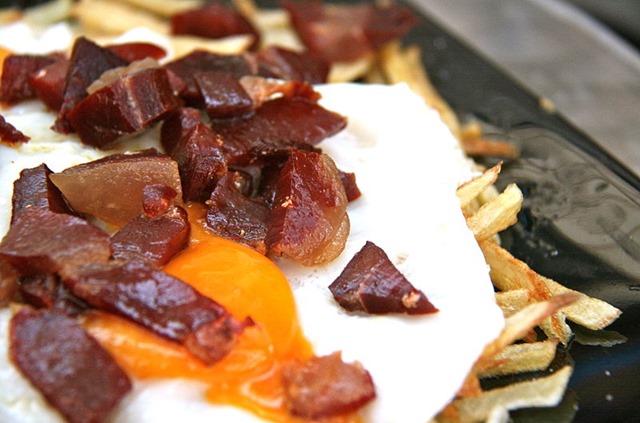 7. Huevos rotos / huevos estrellados. Meaning “broken eggs,” this dish is great to have with a few drinks. It’s hearty and contains lots of protein and carbohydrates. Unlike Americans or Brits, Spaniards don’t generally eat eggs for breakfast, so this is a lunch- or dinnertime-type meal. There are variations on this dish: some people scramble the eggs while others fry them in olive oil, leaving the yolks runny. I prefer the latter preparation, especially with eggs from the pueblo, meaning a richer flavor and bright orangeish yolk. It can be accompanied by smoked ham, bacon, or chorizo, my favorite being ham. (Recipe)

8. Arroz con leche. What we call rice pudding, arroz con leche is Mario’s signature dessert, and one of the only things he thinks he’s better at than his mother. Every year on his birthday, he spends a good hour to hour and a half tediously stirring the pot on the stove so as not to burn the milk and ruin the whole thing. The main ingredients in our version of this rice pudding are milk, rice, sugar, cinnamon sticks, and lemon.

9. Chichas. (Also referred to as picadillo de chorizo, zorza, jijas.) After reading this post, you might think I’m a carnivore, but the truth is I rarely eat meat. Not for any moral reasons, though, it’s just that meat is rather expensive, and I don’t mind getting my protein elsewhere. Nonetheless, I cannot resist the allure of chichas. What are they? They’re made from chorizo meat, fried up in the best cast iron skillet they had, and served with warm with bread and preferably some good red wine.

10. Queso de oveja zamorano. Similar to queso manchego, this sheep’s milk cheese is prepared and cured in the province of Zamora, from the sheep milk produced by a specific breed particular to the province. It is the most delicious cheese I’ve ever had—buttery, creamy, nutty, pungent. It goes great with red wine. As the Spaniards say, “Vino y queso … ¡sabe  a beso!” (Wine and cheese taste like a kiss!)

What are your favorite Spanish foods?

22 thoughts on “My Favorite Spanish Foods”