For those of you still curious about yesterday’s post, the photo is from … (drum roll please): 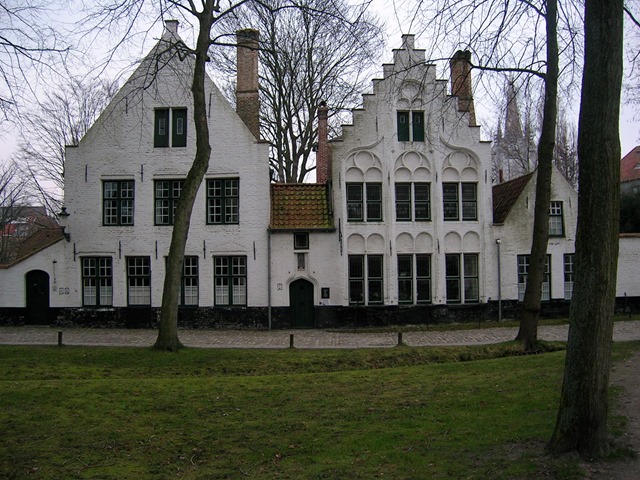 The béguinage  (French) or begijnhof (Dutch/Flemish) is technically a collection of small buildings, but it was in these places that medieval religious women would live. They wanted to serve God, but didn’t want to withdraw from the world completely, as beguines were not cloistered and lifelong celibacy did not figure into the rules. Each community had its set of norms and rules

The first béguinages were set up in the 12th century in now-French-speaking Belgium. This particular one was founded in 1245 by the Countess of Flanders, Margaretha of Constantinopel. (Her father, Count Baldwin, conquered Constantinopel in a crusade.) 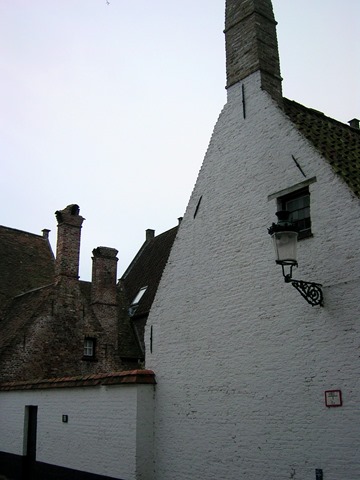 The entrance gate says 1776, but most of the houses are from 17th and 18th centuries.

In 1937, this béguinage became a monastery for the approximately 25 Benedictine sisters who still live there. Apparently it’s quite lovely to visit in spring when the daffodils are blooming.

Have you ever visited this iconic béguinage in Bruges? Have you visited any other such places?