Here we are again with my So You’re Dating a Spaniard series, this time with a London gal!

So! Please tell us about yourself.

[I’m] Nina, 22, from London. I came to Madrid in September 2011 to spend a year learning the language as part of my degree—I studied modern languages—and after a month here I knew that once I finished studying I’d come back. And I did! I’m now an auxiliar, and the plan is to stay for as long as possible.

How did you meet your significant other and how long have you been together?

I actually met Edu online when i was in England, and he was in Madrid. We’ve been together six months now—the first four were long distance and difficult!

Ooh, interesting! You are the first one I’ve had to have met your SO online! Do you feel that Edu is a “typical” Spaniard? If not, why?

He definitely doesn’t fulfill the typical stereotype of the Spanish male; he doesn’t like bullfighting and isn’t very hot headed at all. He’s very Spanish in how he cooks and when he eats, but, luckily for me, he’s very curious to learn about new things and other cultures which I think—unfortunately—isn’t very typically Spanish.

99.9% of the time in Spanish. He knows a lot of English but gets shy and its generally so much easier to speak in Spanish. If I cant think of a word in Spanish, I’ll say it in English, and it always surprises me when he knows exactly what I mean!

What about your in-laws?

Haven’t met them yet! I’ve met his sister, but only briefly, and spoken to his mum on Skype, but once I eventually meet his family, I think it’ll be okay! I’m not sure whether its a Spanish thing or if its just Edu, but he’s quite happy keeping those two aspects of his life separate for the time being. It’s probably an age thing too; he’s thirty-three, so any girl introduced to the family has the pressure of being there for the long-haul. I don’t mind though. Meeting the in-laws is nerve wracking!

What is the best part about dating a Spaniard?

Edu are I are similar in ways that would never be possible with an English man. I know it’s bad to generalise, but generally Spanish men are a lot more affectionate, warmer, and spontaneous, which is much more compatible with my personality. Also, having a Spanish partner allows you to see the country and culture “from the inside” rather than as a tourist. By the same token though, I show him all the tourist things that he’s never seen!

Isn’t it fun to get him to be a tourist in his own country? I love it. What is the most difficult part?

Initially, the difficult part was the distance England-Spain, and even though it’s a shorter distance now, its still a bit tricky. He lives in Guadalajara, and I live in the centre of Madrid, and as we both work, we only get to see each other on the weekends. Apart from that, nothing really! We’re lucky in that we don’t really ever have any communication problems or cultural clashes.

That is good. You must both be very understanding. What advice would you give someone who is considering starting a relationship with a Spaniard?

What a difficult question! I’m not sure i could give any advice specific to dating a Spaniard!

Hah, I suppose it isn’t an easy thing to answer. Do you plan on living in the UK or in Spain long term?

I have absolute no plans to move back to the UK. I’ve always felt more at home in Spain than in England; I’m definitely going to be here a while. 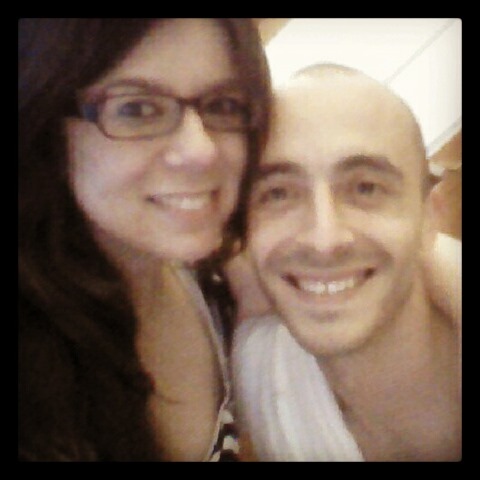 Thanks, Nina! I really enjoyed your perspective.

One thought on “So You’re Dating a Spaniard—Nina”