Oh yes, we’re back with my famous So You’re Dating a Spaniard blog series. I haven’t been super creative lately, and I’d like to blame that on the fact that Mario and I have been watching (rewatching for me) season after season of Breaking Bad. (Spoiler alert: best series ever.) But that’s okay, because it gives me a chance to feature more of you all who are dating more Spaniards. Onward! Today I’m featuring Paige, who blogs at The Town Mouse. Let’s get started!

Hi, my name is Paige and I’m a 24-year-old Texan now living in Madrid. My first taste of Spain was in 2010 when I studied abroad in Seville. After graduating college in 2011, I was awarded a Fulbright grant to teach English in Madrid. One year turned into two, and now I’ll be starting my third year in Spain. Although my life has changed a lot from days and nights spent roaming the streets of Seville, my love and curiosity for Spain keeps growing.

How did you meet your boyfriend? All the juicy details please!

We actually met at Santiago Bernabéu football stadium, although neither of us are soccer fans. I went to a party for French people working in Madrid that my friend was hosting at the stadium. Mateo was there with some of his work colleagues because his company is French. Coincidentally, we lived in the same neighborhood, Barrio Salamanca, and even at the same metro stop. I was thrilled to meet a neighbor my age since most people in the neighborhood are either retired or married with kids. We’ve been together over a year now, and we still don’t like soccer.

That is great. I’m not much of a soccer fan myself. So, moving on, perhaps you don’t feel that your significant other is a “typical” Spaniard …?

I can be more of a typical Spaniard than he is! He does love a good siesta and fiesta though. In terms of “typical” qualities, he doesn’t like beer or football, and he’s very punctual, but I don’t think that makes him any less Spanish. He also has eyes for the world and has lived abroad in Wales. Mateo knows that life isn’t restrained to Madrid or Spain, but it will always be his home. That’s an attractive quality for me, especially since I myself battle with being a typical American girl. Although he might not admit it, Mateo has a bit of proud Spanish blood in him. 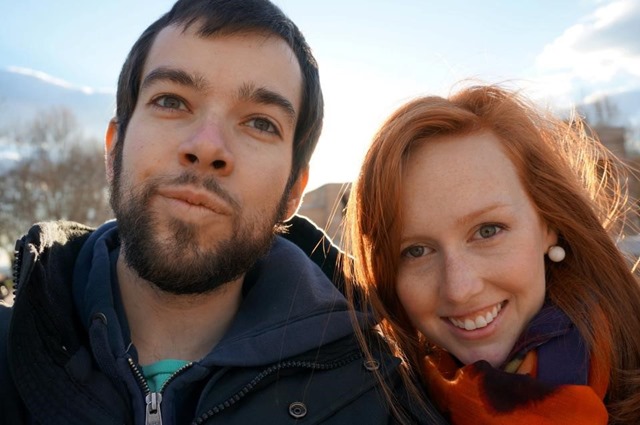 It depends on the context of the conversation … I always argue in English. I’m willing to admit he speaks English better than I speak Spanish, which can be a crutch for me. Other English teachers can probably relate to my saying that I can spend an entire day without uttering a word in Spanish. Mateo is sensitive to the fact that I have a love/hate relationship with my own language since it’s my job. His English has improved as well, and he started incorporating “y’all” into his vocabulary, which is really adorable. The truth is we speak a combination of Spanglish. I can’t imagine what it would be like if we only spoke one language or the other. It’s important to be able to communicate in your native language with your significant other. If there’s a fire in the building, I’m probably going to say that in English.

I adore the idea of him saying y’all! I also always argue in English. I kinda feel like Ricky Ricardo for that! But what about your in-laws?

No issues here! I wouldn’t say Mateo’s parents are typical Spanish in-laws. They’re both artists and much less conservative than my family. After a year of dating, his family probably thinks I’m really shy because I still have a hard time jumping into conversation at the dinner table; however, they always include me and invite me to meals, and I feel like I have my own family here. Mateo likes his independence, so I don’t have to deal with an overbearing Spanish mother-in-law. I accept tuppers with open arms.

On my side, it’s a little different. I grew up in a very close, traditional Southern family. They’re proud of me, but I think they panicked when I said I was dating a Spaniard. My family wants me to be happy, but happy doesn’t have to be 5,000 miles away. They love Mateo though and are glad to know I have someone keeping me out of trouble in Madrid! Mateo met my family when he came home with me to Texas for Christmas. My grandmother even made him a Christmas stocking to hang by the fire. We flew back to Madrid just in time to spend New Year’s Eve with his family. It was the perfect balance.

What is the best part about dating a  Spaniard?

The best part about dating a Spaniard is that it puts me in closer contact with the culture. Sometimes dating a Spaniard makes me feel less foreign and sometimes it’s the complete opposite. I go places and make memories with him that I would’ve never done without a local. This summer I went to his “pueblo” in Galicia where he goes to the beach every summer. I’ve celebrated New Year’s Eve and Reyes with his family. It hasn’t hurt my Spanish either. Likewise, he doesn’t think America is all Route 66 and MTV, not that he ever did. I love teaching him about Texas and the US and how I was raised. When he came home with me he shot a gun and drove a truck for the first time. We’re always exchanging new tidbits of culture. The best parts of our relationship I don’t think have anything to do with the fact that he’s Spanish and I’m American. I’d love him if he were a Martian. 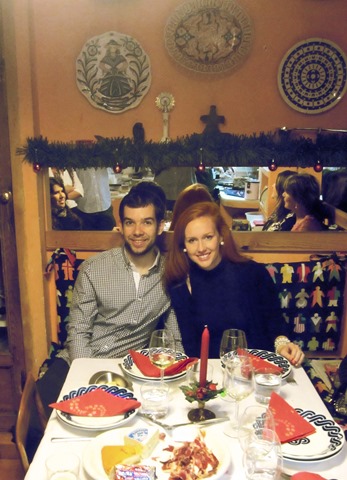 Amen! What is the most difficult part?

Has everyone said this already? Miscommunication! We’ve both had to learn how the other person communicates on a personal and a cultural level. It’s like learning a new language from day one. Spaniards have a reputation for being very blunt and honest. Sometimes he tells me things constructively, and it upsets me because he’s so direct. Sometimes I’m too polite with people and they take advantage of me, which bothers him. Sometimes I simply don’t understand what he told me in Spanish so I just ignore what he says…oops.

Besides the miscommunication, there is a cloud of uncertainty looming over our relationship although we’ve been dating over a year. The entirety of our relationship has been in Spain, and we’ve never been long distance. I have my life in Madrid, but we’re not sure how much longer I’ll be here. I try to look at the uncertainty in a positive light though. I don’t know where we’re going next, but I hope it’s together.

You have to be open-minded because some day something weird will come up that you never learned about in Spanish class. Odds are if you live in Spain already, you’re pretty accepting of Spanish culture, but it takes two to tango. If you fall in love with a close-minded person–Spanish or American– you might as well get the check. Also, don’t lower your expectations. I was taught that boys should open the door and buy the drinks. I still believe it, even though it’s not the norm for Spanish boys. You’re dating a Spaniard just as much as he or she is dating an American. There has to be give and take no matter if you’re in Spain or the US.

Do you plan on living in the US or in Spain long term? Why?

Both, or maybe neither! I’ve always wanted to give Paris a shot. Wherever we end up it will have to be in a city because Mateo wouldn’t survive in small town America. He’s too much of a city slicker. Madrid will always be a big part of our lives, but we want to give the U.S. a try next. I’m doing my master’s in Madrid, but I will eventually have to finish in the US. He works in video games, and there is more of an industry in the U.S. than there is in Spain, so it’s a practical progression.

We’re not thinking about kids yet, but bilingual all the way. We’re a testament to how important it is to speak another language. All romance aside, neither of us would have our current jobs is we didn’t speak a second language. Not to mention it’s really cool and we could talk behind peoples’ backs as a family. 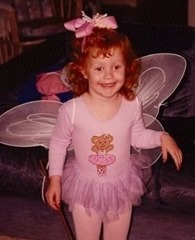 My family, although that would be considered kidnapping against their will, and then I don’t know what I’d do with them. College football and Tex-Mex? My list gets smaller and smaller the longer I stay in Spain. Eventually you just give up and start buying deodorant here.

The U.S. would be a better place if we had long dinners! I was just on vacation with my family, and all I wanted to do was linger at the dinner table with them, but the waitress was trying to turn over the tables. The product I would import would be tortilla de patatas to the lingering dinners.

Mateo is very chill and I’m, well, American. I stress about work or I load myself down with too many commitments, and he has taught me to relax. I’ve calmed down a lot. During my first year in Madrid, I never missed an opportunity to go out or travel or go to a “guiri” function. Now I’d rather go for a run with him in Retiro or go out with him and a small group of friends for a drink. We’ve both learned to make sacrifices. That’s a sign of maturity, right? Most importantly I’ve realized my ideas of relationships weren’t as concrete as I thought they were. I wasn’t creative enough to dream up what my relationship is with Mateo, and I like that.

What a great interview! Thank you, Paige. Please go check her blog out over at The Town Mouse.

3 thoughts on “So You’e Dating a Spaniard—Paige”