As they pass you by, the parade participants hand out mini cups of wine, sloshing a bit on the ground … but who cares? It’s Toro and wine is abundant today. Others hand out slices of spicy chorizo or slice off some jamón serrano for you to sample. I was lucky, as I seemed to get more wine and food than the rest of my party. We called it the efecto guiri, the guiri effect.

Most of you probably wouldn’t be able to locate Toro on a map. It’s okay; I understand. Toro doesn’t have a big name like La Rioja or even Ribera del Duero or Rueda. No one thinks of Toro when they think of big wine-producing regions. (Somehow they all think of French regions. Ugh.) But to the people who are from Toro, grapes and wine are intricately connected to their way of life and to how their ancestors lived for centuries before them. 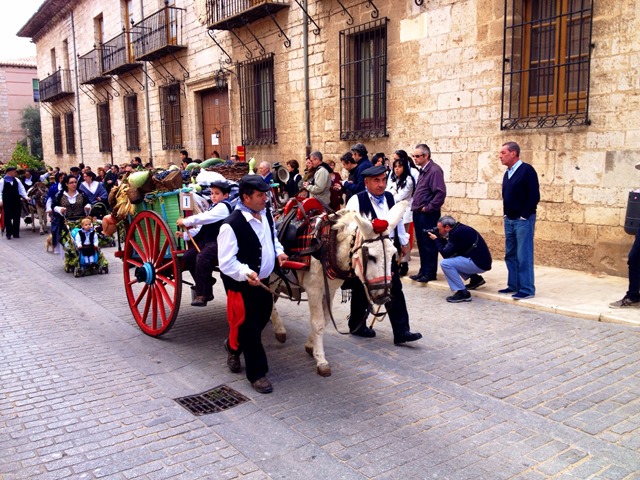 Today fewer people live in work in small municipalities like Toro. Many have had to move to bigger cities to find any work at all, as the unemployment rate seems to climb ever higher. This festival, cheerful and spontaneous, remains important and beloved.

Many years ago, the grape harvesters left their houses with their horse, cart, and tools, and they went to pick the grapes, staying in the lords’ houses until the harvest was finished. Thus, they had to carry everything they needed with them: food, cooking utensils, clothing, etc. After the day’s activities were finished, the harvesters would gather together by a fire and enjoy music from some improvised instrument: a bottle of anis, lids of pots and pans, and so on. They would sing and dance until they could do so no longer.

When they finished harvesting, they would hoist the last baskets—overflowing with beautiful grapes—onto their carts, along with everything they had brought with them. The last cart would have a bouquet of sorts to signify that the task had been completed for yet another year. They would climb the hill singing joyfully. This was a cause for great celebration, which was celebrated in different ways depending on whether it was a lord’s house or a simple farmer’s house. There was special food for the occasion: peaches in wine, fig syrup; the sweet grape juice was drunk. They drank and ate until dawn.

Today the people carry and share torreznos, lard fried until crispy (a health food!), Spanish tortilla, delicious Zamoran cheese, and wine … of course wine! It is a fun spectacle, with children eagerly handing out bunches of grapes or toddlers grasping their mothers’ hands as they walk through the city to the final destination of the Toro’s Plaza Mayor. Mules pull the carts, their long ears swaying with the beat. People dance and sing. Merriment is the order of the day. 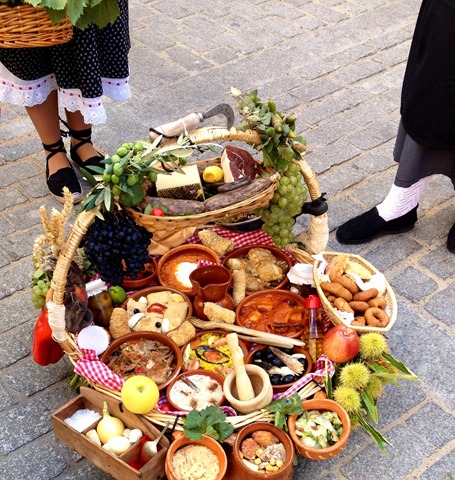 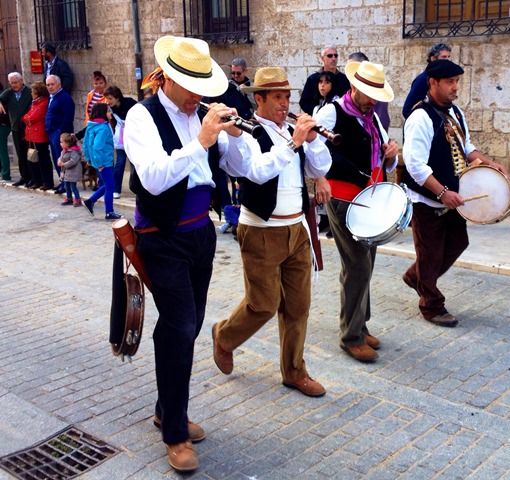