Today I’m interviewing Constance! There aren’t many more interviews to go, but I know there’s more of you out there! Constance blogs at Escrito por Coquito.

My name is Constance but friends and family call me Coco. I’m 23 and have just completed my first school year teaching in Madrid as a language and culture assistant in a Spanish highs school and have renewed for my second year. I first visited Spain when I went on a study abroad trip to Salamanca in 2012. I fell head over heels in love with the country as most tend to do and decided that no matter what, I was going to find a way to go back.

Tell me about him!

I always feel weird answering this question because I actually met Javier online, and some people these days still find that strange I think. Before I left to study abroad in Spain for the summer of 2012 I decided to freshen up on my Spanish by joining a language exchange website called Livemocha. We messaged back and forth and then eventually had some Skype sessions. He told me he would like to show me around Madrid whenever our group arrived and I gladly jumped at the chance to experience the city with a native guide. I guess you could say that we kind of had a summer fling that ended teary-eyed and with little hope of ever crossing paths again. We kept in touch very casually for a year before I gave him the miraculous news that I had found a program that was going to pay me to live in Spain. So officially I suppose we’ve really only been dating for the past nine months that I’ve been living here. Do you feel that your significant other is a “typical” Spaniard?

This is something that my best friend and I joke about a lot. He is definitely a typical European in that he owns twice as many clothes and shoes as I do, several colognes to my one perfume, lots of polo shirts and name brands, actually likes to go shopping, keeps his body in peak condition, and shaves his legs in the summer (this one took me a little while to accept). In terms of mindset he is far from typical Spaniard though. Many Spaniards are family-oriented to the point that it keeps them from ever leaving their own city or even neighborhood. He couldn’t be farther from this. Traveling is almost like a religion to him and I gladly accompany him on his adventures. Surprisingly he doesn’t enjoy the typical Spanish “cafecito” in the morning and throughout the day. He actually enjoys a real breakfast every morning that includes protein which is a huge deal for me considering it’s my favorite meal and I’m also American. He does, however, get just as worked up about his favorite football team as any other Spaniard. I’ve had several near heart attacks while he cheered on Atlético Madrid in the living room while wearing his jersey in support.

Due to the fact that I am a lot more shy and perfectionistic than him and that his English is pretty good we began by only speaking in English when we first met in person- huge mistake on my part. The problem in this type of situation is that you can build a relationship on only one language until it becomes seriously weird when you all of the sudden try and switch to talk sincerely in another. My Spanish is at the C1 level, but oddly enough I would speak to others in Spanish, just not him. I’m ashamed to say that it wasn’t really until halfway through my stay that I decided to get over myself and speak to him in Spanish on a daily basis. Now we have an equal balance of the two, and we’re closer because of it.

How do you deal with the “in-law” issue?

Not going to lie, it was awkward at first. They are really sweet people who have been very accepting, but there was always a bit of a barrier there I think. I loved having the typical 4-hour long lunches with his family, but sometimes the “sobremesa” would leave me grasping at straws to make conversation with them. The language and culture barriers added to the age difference made things extra hard. To fill the uncomfortable silences I used to just stuff my face which was always the easy option considering his mom cooks the most heavenly food. Now that my first year in Spain is coming to a close I am able to notice the huge amount of progress I have made in comparison with my first visits with his family. I am way more confident in my Spanish and am able to relax around them knowing that although I may be an American “guiri,” when I am with them I am accepted as a part of the family now.

What is the best part about dating a foreigner (and especially a Spaniard)?

Dating a foreigner is fun. It’s fun because every day you feel like a couple of kids rediscovering the world together. Not only that, but there is a tremendous amount of potential for personal growth. Dating a Spaniard is wonderful for me because they really do wear their hearts on their sleeves. I have never been with a man who has been so concerned about my feelings or so open about his own. If something is wrong he just knows it, and if he is having a really rough time he’s not ashamed to pour his heart or tears out. He shows no reserve in telling me how much he loves me or how hurt he is when I wrong him. He values feelings above all else, and for me that is really important considering I can be kind of an emotional being. To me this is the best and most refreshing part about dating a Spaniard. With all of the American guys I dated I felt as if we were playing some unspoken game called “Who Can Show the Least Emotion?” and it was quite fake and tiring. Oh, and you also get to teach foreigners fun things like “your mom ” jokes and “that’s what she said” jokes and watch them fail terribly but adorably. 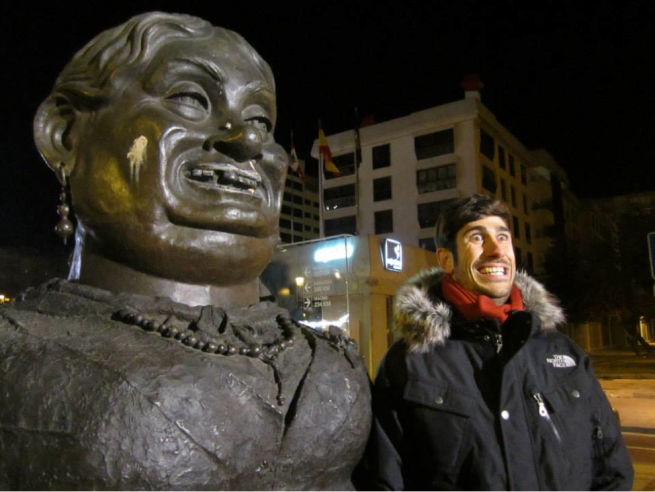 What is the most difficult part?

After coming home from having to explain the English language, sometimes very badly and painfully, to teachers and students all day (I didn’t study education or English grammar in college) I get frustrated when I have to repeat myself or am asked to explain what certain obscure words and phrases mean while we are watching TV series. It’s really stupid, but after a bad day little things sometimes provoke unwarranted feelings. There were times when I would come back from a government office fuming and wanting to complain about Spaniards and the Spanish government to someone who wasn’t a Spaniard. As a country girl I often felt suffocated in a city like Madrid or started to feel homesick and take it out on Javi without even realizing the real reason for why I was upset. Really I have it easy considering we both speak each other’s native language at a proficient level. There are still times when I want to be able to use words like bodacious, amazeballs, and totes though and then laugh at how ridiculous the English language is like I would with my best friend back at home.

Going into things I was actually very doubtful. I felt that the cultural barrier would end up being too much of an issue and that we would eventually hit a wall that couldn’t be scaled. I couldn’t have been more wrong. Committed love has nothing to do with culture. If you love someone you put in the effort and you grow closer as a result. Cultural differences are easy to overcome when you are with the right person. In fact, I’ve had worse communication in relationships with people from my own culture who spoke my language. So that being said, just make sure that you are thinking about dating him or her because they are a person with character who you respect and who is compatible and willing to give the relationship 100%, and not because of the novelty or romance in the idea.

Do you plan on living in the US or in Spain long term?

This is a question that’s on the backburner for us right now, although we have both decided that we are in this relationship for the long run. I have already renewed with my program for a second year so we have that much figured out, and odds are I will renew for my third and final year as well although we will have to suffer long distance (the program only allows for two years in the same region). He’s coming to Georgia for the first time to visit my family with me this summer and I couldn’t be more thrilled. He is as dedicated to learning English as I am to Spanish and I could see us eventually spending a long amount of time in the states to help him meet his goal of fluency. I’m not sure if we would end up ever living in my hometown since it’s such a big leap from a city like Madrid. Somewhere like California might feel closer to home for him, but we’ll see how well he adapts to Southern life this summer. I think we both love Spain too much to ever really abandon it though. In the end it will most likely be a question of “where can we both find good jobs that we love?” 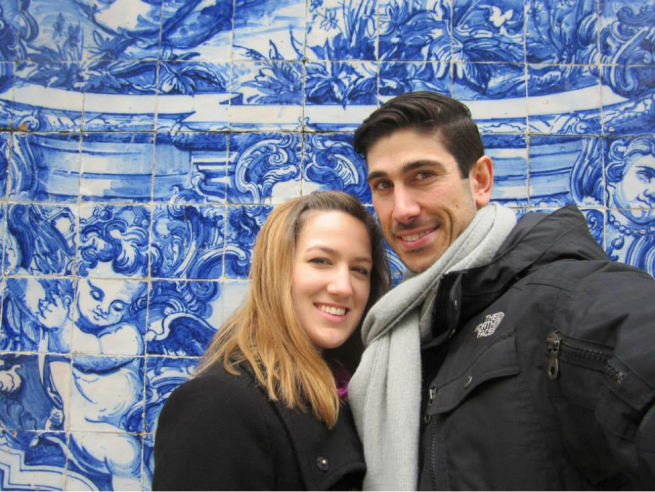 Ideally I would import all six members of my family to Spain, but that’s far from being an option. Really the U.S and Spain are just two completely separate and unique places. I love the comforts that I’m supplied with in the U.S., but I love the beauty and culture of Spain. I hate all of the red tape you have to cut through here in Spain to get anything done, but I also hate that “quicker is always better” is applied to almost everything in the states, and family life and health sometimes suffer as a result.

Being in a relationship with a Spaniard has made me realize that the cultural barrier that I was so afraid of when going into the relationship is not so bad at all. I have been amazed by how well we communicate with each other and how fluid a system we’ve created with us both willing to sacrifice things to make the relationship work. He tells me all of the time how brave I am for living abroad on my own, how great my Spanish is, and how proud he is of me. His constant encouragement has built my confidence tremendously. 2 thoughts on “So You’re Dating a Spaniard—Constance”