Before I dive into it, thanks to Kaley for featuring me here on her blog! I was laughing pretty hard at her post about things that are different about her life in Spain—I love when things differ in those unexpected ways, but yeah, whenever I go to a gym abroad, I definitely still find greeting people in the locker room to be so awkward! So glad to hear I’m not the only one. ☺

Venice is a beautiful city with a fascinating layout. It’s full of impressive buildings, delightful museums, and wonderful food. Unfortunately for most travelers, it’s a very expensive city to visit, and it often gets a reputation for being out of the reach of budget-minded tourists. But there are definitely plenty of ways to get into the culture without breaking the bank. Here are our top ten tips for doing Venice on a budget: 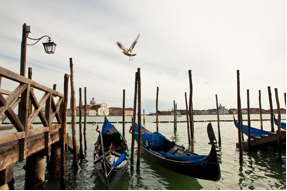 Although it is entirely possible to spend fortunes on a trip to Italy, it is equally possible to do the country on a budget without losing out on all the charm. From the plazas to the canals, Venice is a lovely city, of equal interest to the romantic, the photographer, the historian, the ethnographer, the family, or whoever else. Your time in Venice will absolutely be worth the cost—but better if you do a little prior planning and minimize that cost!

Hi, my name is Jess Signet. My parents were travelers since before I was born. Even in the womb, I was able to travel all over the place! Boy, did things NOT change as I grew older!
Knowing there’s more to the world than the bubble I live in made me want to travel even further. Traveling is my drug and I’m addicted. (Please, no intervention!)

Recently, while going through my Instagram, Mario commented sardonically, “You didn’t like Asturias much, did you?” True enough, there are six consecutive photos of Asturian scenery, along with one delicious tomato and sardine salad we enjoyed during our two-day stay there. I couldn’t help it! Asturias was everything I adore: beaches inspiring awestruck silence and wonder, mist-covered mountain ranges, the sounds of bleating sheep and barking hunting dogs, dangerously tortuous mountain roads, and the ringing of autochthonous cows’ bells while they munched happily on the local vegetation. So sue me—I loved Asturias!

Ribadesella (Asturian: Ribeseya) was one of our first stops after our brief pause in Burgos. 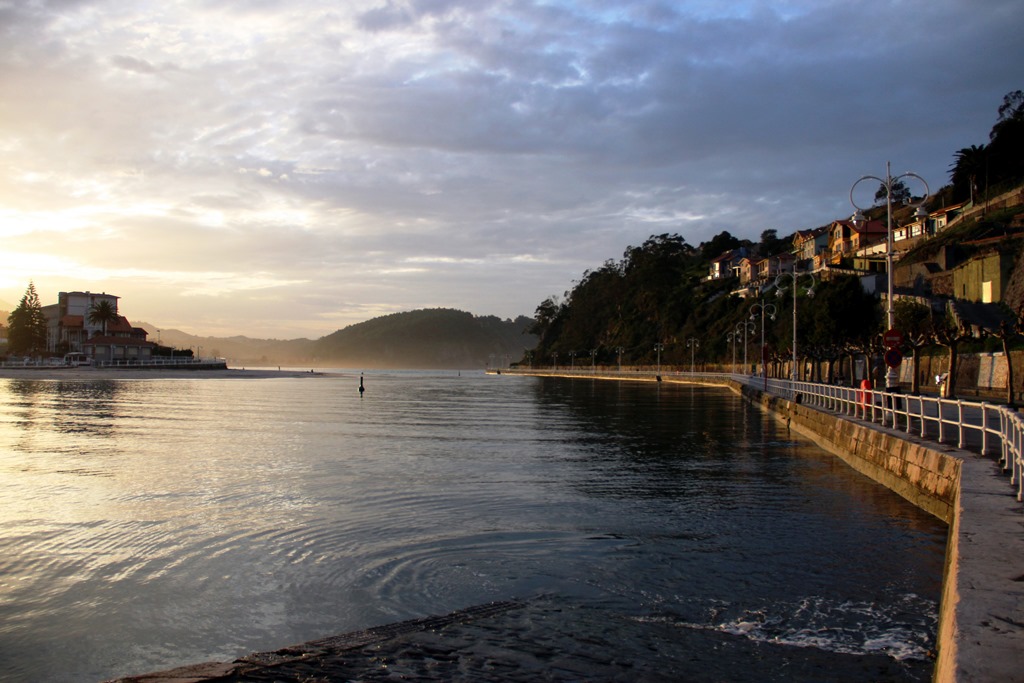 END_OF_DOCUMENT_TOKEN_TO_BE_REPLACED

As far as as Plaza Mayors go, I’ve always had a clear favorite: Salamanca. Now, not to hate on Madrid (though I don’t have a problem doing that at times), but for me, nothing rivals Salamanca’s gorgeous Plaza Mayor. It’s where I met up with Mario on our first dates (we met, as do most couples and friends, debajo del reloj), it’s where I picnicked on sunny days with my guiri friends, it’s the square I crossed daily on the way to my internship.

Last autumn, though, some friends of ours invited us to visit Chinchón, a small village about 50 km southwest of Madrid, with a population of roughly 5,000 people. They too are a couple like us: one Spaniard, one guiri from the Midwest. They got married in this town, and I immediately saw why they were drawn to it.

Its Plaza Mayor, Main Square in English (though I never translate this phrase), is a classic medieval construction. All around the outside are houses and buildings with balconies. Many of these have been converted into restaurants, so you can sit outside on the rickety (or so it seems) wooden scaffolding and enjoy your menu del día.

Since its construction, the square has been home to various events: royal fiestas, comedy shows, jousting, bullfights, religious sacraments, executions, and even home to a movie set or two (Around the World In 80 Days, for example). 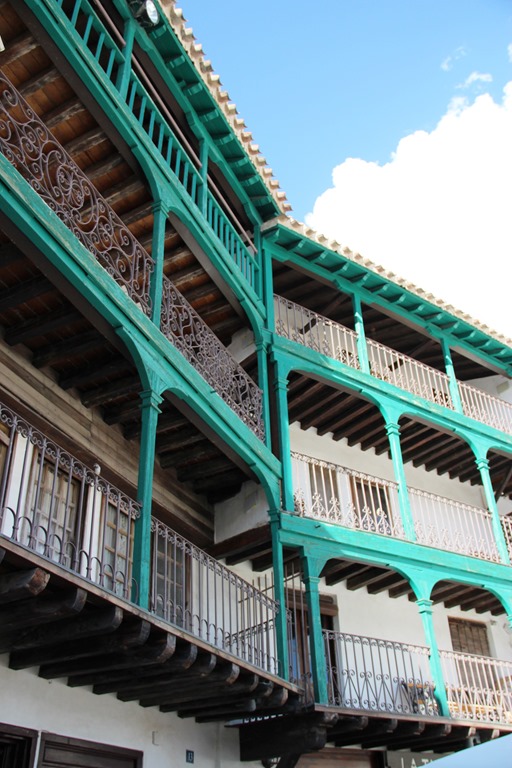 Chinchón is also known for its eponymous beverage, a form of anisette, made from aniseed macerated for half a day in a hydroalcoholic solution (usually wine). Later it’s distilled in copper stills for different amounts of time, leading to distinct varieties, including:

The liqueur is also used to make many sweets (Source)

I actually hate aniseed, so we passed on trying this libation. 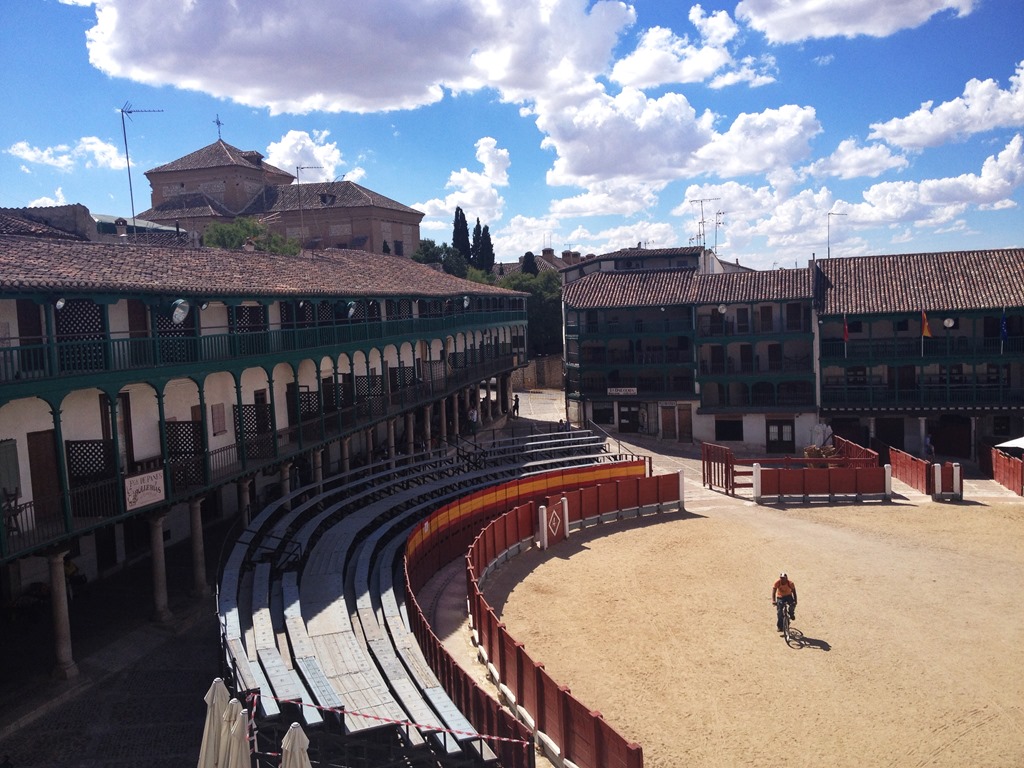 Which villages have you visited around Madrid? What’s your favorite? 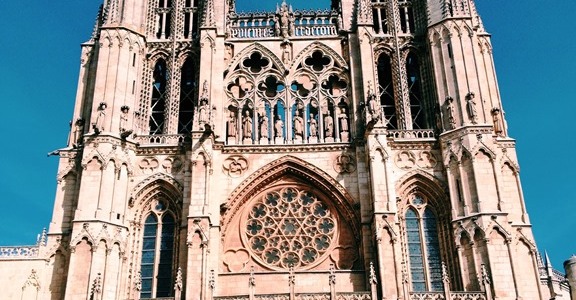 Last autumn, on our way to Asturias, we stopped in Burgos to see the cathedral. Of all Spain’s cathedrals, Burgos’ is the one I just had to see. I’d heard so much about it: from friends, family, and acquaintances. And let me tell you—it did not disappoint. It was breathtakingly beautiful.